T he Costa da Morte is a Galician coastal region located in the northwest of A Coruña. Its name comes from the numerous shipwrecks that have occurred along with the history in front of its coasts and it is in this area, full of myths and legends, where it was believed that the end of the world was located (Finis Terrae - Finisterre - Fisterra). The coastline is rugged, with impressive cliffs such as Cabo Vilán and huge beaches such as Carnota (the longest in Galicia), Baldaio, and O Rostro.

Among its nature, there are places like Mount Pindo in Carnota, the magical Cape Vilán in Camariñas, the Sisargas Islands, the beach of O Trece, the river Anllóns, the penedos of Pasarela and Traba in Laxe and Vimianzo, coves, wild beaches, estuaries such as Camariñas and Cape Finisterre, chosen by many pilgrims to conclude the Camino de Santiago.

Man has added lighthouses, fishing ports, traditions, and legends to this spectacular place. In Muxía and in front of the villainous cape stands the sanctuary of the Virgen de la Barca, which has become a place of prayer to calm the fury of the sea.

In the historical-artistic heritage of the Costa da Morte also shine the hórreos, the Roman bridge of Lubiáns, the stones of Abalar and Os Cadrís, the castle of Vimianzo, the Torres do Allo, the port of Caión, the Castro of Borneiro, the pazos of Corcubión, churches like Santa María das Areas and the Cemetery of the English in Camariñas, which commemorates the 172 dead in the tragedy of the Serpent in 1890 off Cape Vilán.

The mariners' tradition of the region is reflected in its customs, festivities, and gastronomy, which has first class seafood products, among which seafood stands out. In addition, the renowned Galician potato with Denomination of Origin is produced in its fields. The Costa da Morte is an ideal destination for routes and excursions and for practicing sports such as surfing. 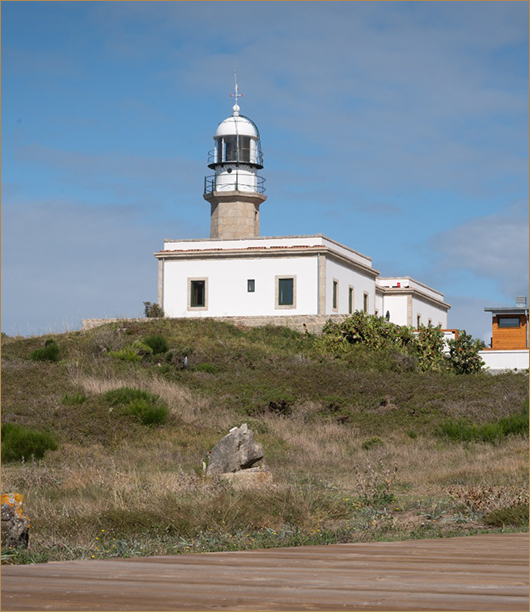 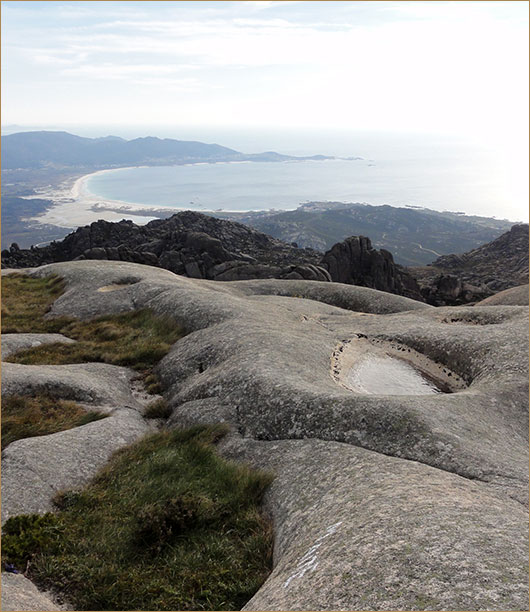